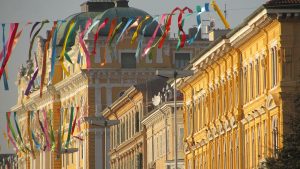 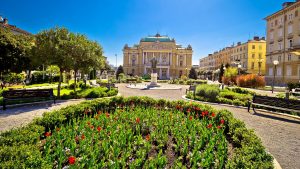 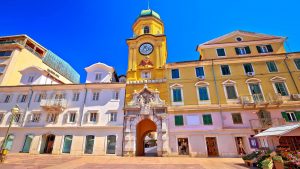 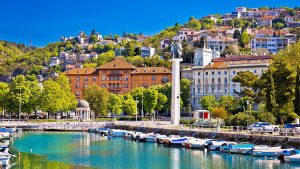 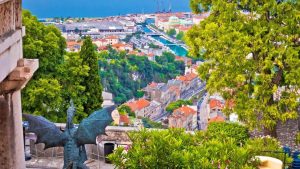 Previous Next
Catch the highlights of Croatia's third-largest city in a day - less than 30 minutes from Opatija!

Rijeka – Croatia’s third-largest city (after Zagreb and Split) and the European Capital of Culture 2020, positioned on the Port of Rijeka (part of Kvarner Bay), also the country’s largest seaport supporting the main industry of shipbuilding and maritime transport, since the 20th century.

A waterfront-cargo-port-meets-Habsburg-era-city-grandeur, Rijeka is a city filled with a great many fine examples of period architecture, some of which are now city museums. The waterfront itself includes a 1.7 kilometre breakwater and promenade with a modern passenger terminal linking passengers to local islands.

Visitors can experience a lively nightlife and gastronomic scene. Noteworthy landmarks include the 13th century Trsat Castle, and next to it Our Lady of Trsat Church as a place of pilgrimage since 1367 when the Pope donated an icon of St Mary, reachable via the 500+ steps of the 1531 Petar Kružić stairway from the Rječina River.

Rijeka is also home to Croatia’s first astronomy centre, a modern observatory and planetarium. Rijeka’s museum holds a life jacket from the Titanic in its collection, a popular exhibit.

Read a travel writer’s view of Rijeka, as published in the New York Times!